BI News
HomeFoodFoods That You Can Pair Sirene Cheese With
Food 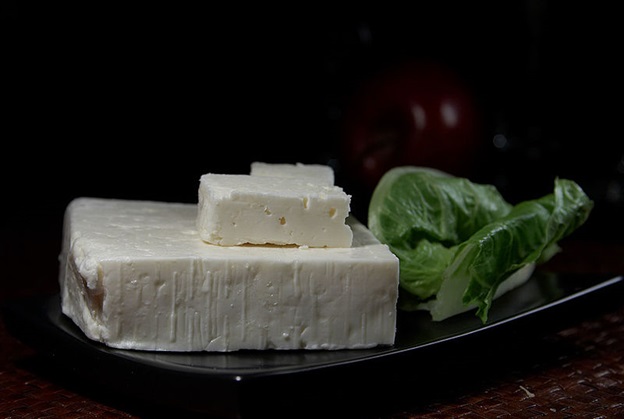 Bulgaria is known to be the home for an ample amount of delicious food products. Be it deli meats like beef pastarma, sujduk, or even lukanka, you can find all of them used widely all over the world in various cuisines. One such food product originating from Bulgaria is sirene cheese. It is also known as white Bulgarian cheese. It is a type of white feta cheese that can only be crafted in Bulgaria. Since it is only found on this portion of the earth, it is also named as Bacillus Bulgaricus.

Sirene cheese can be defined as a type of brined cheese which is created in southeastern Europe (Balkans). It is used most prominently in the regions like Montenegro, Israel, Lebanon, Republic of Macedonia, Croatia, Serbia, Albania, Romania and of course, Bulgaria. Sirene cheese is made of cow milk, goat milk, and sheep milk most commonly. Sirene cheese is either a mix of all or is made out of one of these. It is firm to touch and can crumble when one cuts it. It also leaves the inside of the mouth feeling creamy. 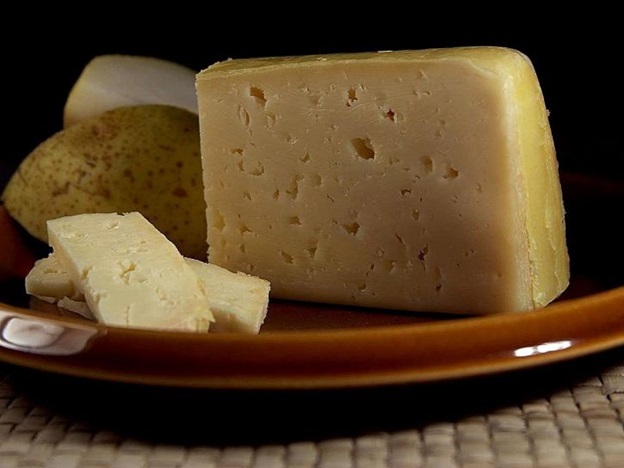 Usually, it is manufactured in blocks and these blocks have a grainy texture to themselves. Sirene is used in baking or in salads and is sometimes even used as table cheese. It is comprised of dry matter amounting up to 48%, thus making it slightly crumbly in material. The fat content in it adds up to 44%-48% in total.

It’s only fitting that the Bulgarian white cheese is produced all across the Eastern Mediterranean. There is a rapid growth rate of the molds in these sweltering clime regions, leading to an environment that is unfit for the growth of feta cheese. Through the process of brining, this can easily be solved and inhibit the growth of bacteria in a saltwater solution (acidified).

Sirene Paired with Other Foods 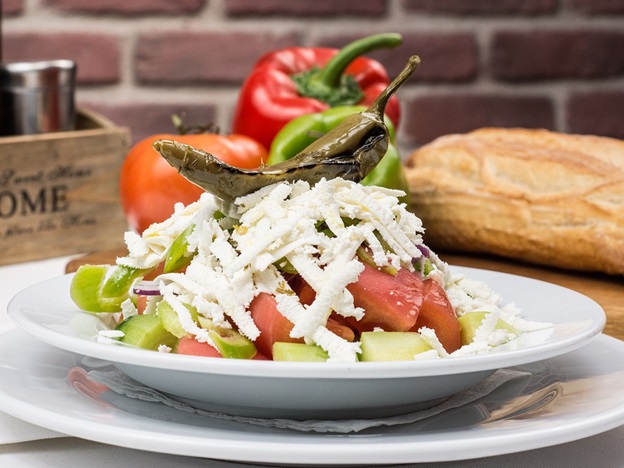 Sirene cheese can be found paired with salads on a daily basis. Some of the salads include Shopska salad which has onions, bell peppers, tomatoes, cucumbers, and sirene. Other salads include the Ovcharska salad or the Shepherd’s salad which contains the same vegetables as the above along with boiled eggs, cheese, ham, and olives. During summertime, sirene with tomatoes is considered to be a traditional light salad.

People also use sirene with various types of spaghetti and sauce. In breakfast, flat noodles or macaroni is used alongside sugar and sirene. At times, cornmeal is also consumed with sirene. This local variant of the cornmeal is known as Kachamak.

Pastries also come under the type of food that can be paired well with sirene. There are many kinds of pastries that are made with it, including the traditional banitsa.

Omelets, as well as fried eggs, are often enjoyed alongside sirene as well as boiled eggs along with mashed sirene and ketchup or sauce consisting of parsley, garlic, walnuts, and yogurt.

As mentioned before, sirene cheese can be consumed separately. However, it tastes best when paired with other foods. For instance, with yogurt, many people in the southeastern European side eat this as a national food. Yogurt and sirene are consumed regularly by countless Greeks, Macedonians, Serbs, Bulgarians, and Croats in one form or another.

Sirene Cheese has been known to be effective against the prevention of cancer. Along with this, it also helps you in strengthening of bones and making them strong. In western countries, cheese is taken to be the primary source of calcium. Bulgarian white cheese is a good source of protein, phosphorus and calcium – all of these have proved to boost the health of bones. They help in maintaining the bone density and thus, prevent osteoporosis.

Bulgarian Sirene cheese has a medium calorie density, meaning that the amount of calories you intake with an ounce equals to moderate levels which is 0.009 Cal/oz.

In addition to this, Sirene Cheese is rich in minerals and vitamins, including Zinc, Vitamin B12, Vitamin B6, Phosphorus, Selenium, and Calcium – all of which amounts to 15.3%/Cal. 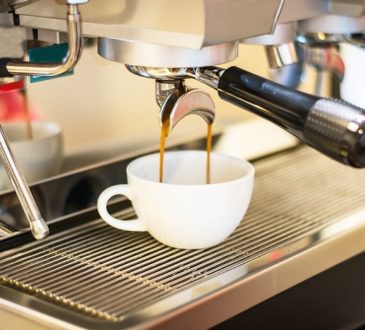 How to find the best drip coffee maker for your home?

Paul WatsonFebruary 10, 2020
Coffee is a drink that is consumed by all over the world. Besides its taste it has many health benefits.... 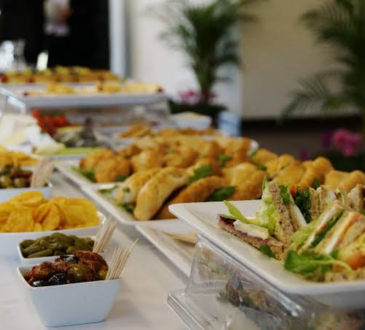 Danny KooperFebruary 1, 2020
When planning an event there are factors that need to be taken into consideration to plan the best event possible....